Last weekend, I was able to finally get a taste of the Tanduay Ice Alcomix. I’ve been curious about this product ever since it was launched but I never really got around to ordering it except last Saturday.

My initial hesitation with drinking Tanduay Ice is that I’ve never really been a fan of rum, which is what Tanduay represents for me. But when my friend said that it doesn’t taste like Tanduay Rhum, I reconsidered and gave Tanduay Ice a try. 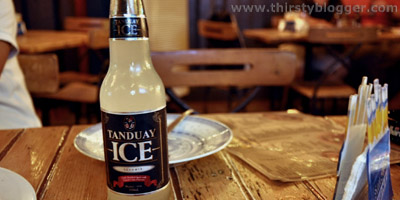 My first impression when I took my first sip? Hmmm, it tastes like Vodka Ice but a bit more tarty. I took a few more sips and eventually the taste grew on me and I kindda liked it.

Curious about what’s inside Tanduay Ice? Well here’s a snapshot of the ingredients. Notice that there’s no rum and the contained alcohol is just a curiously plain “triple distilled spirit”. 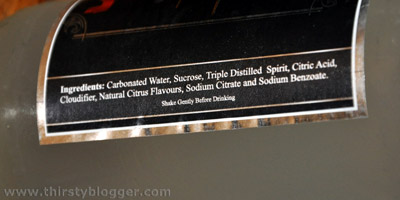 Anyway, I was able to down a couple of bottles of Tanduay Ice before I decided that that was enough for me. Not because I’m already drunk but because I still have to drive home.

But given another chance and I’m not the designated driver for the night, I won’t hesitate ordering Tanduay Ice Alcomix again. 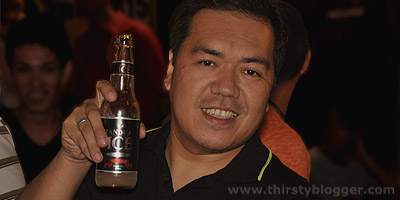