Manila Beer was officially launched in the market last June 2010, during Manila Day. And almost half a year after, it’s surprising that many of my friends, who are avid beer drinkers, have not yet tasted it.

My first time with Manila Beer was last October 2010, during the Electric MassKara in Bacolod. They were the major sponsor of the night and I was happily jugging down bottle after bottle while listening to True Faith. 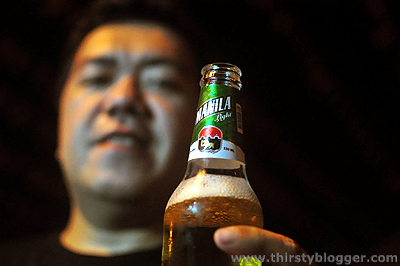 A market competitor for San Mig Light (I say this because they look and taste the same for me) – I believe that Manila Beer needs to show more presence if they want to get the local beer drinking consumers.

And unless they show more aggressive marketing strategies, Manila Beer is at the risk of being discontinued again, just like in the 80’s when Lucio Tan decided to take it off the shelves because of poor sales.

Manila Beer: “Lakas na Walang Sabit” – have you tasted it yet?

7 thoughts on “Manila Beer: Have You Tasted It Yet?”