I was at the mall the other day when I suddenly craved for something sweet to drink. I initially thought of going to one of those ice blended fruit shake carts but decided to get myself a KFC Krusher instead.

I’ve written about KFC Krushers before when they only had 3 flavors, but now they have a total of six. 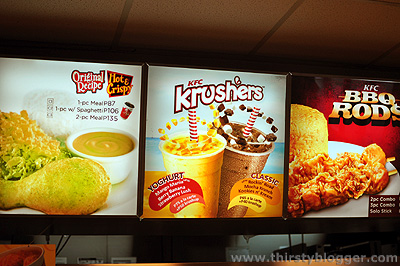 Among that, the strawberry krush is really my favorite. 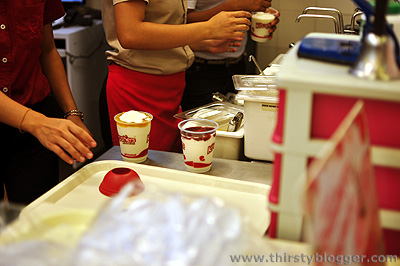 Interestingly, they serve the KFC Krushers differently now. They used to have each flavor pre-mixed in separate dispensers. Now, they only have one yoghurt slush dispenser and just add the syrup flavor. 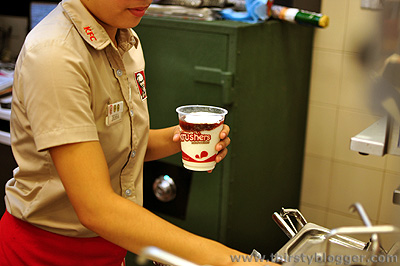 Afterwhich, they would “blend” the drink through an overhead mixer. 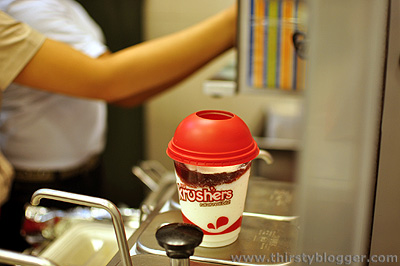 In any case, the result is still the same – a wonderfully sweet and tasty “dessert” drink. 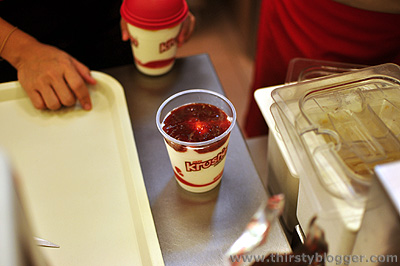 Also, they’ve taken the banana out of the strawberry krush and renamed it as Strawberry Lush. Those who liked the latter can still have the Berry Banana though – but for me, this one’s my real favorite. 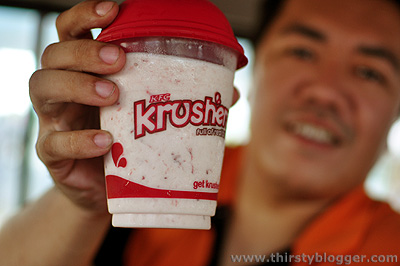