Does America have a drinking problem? No, I’m not talking about alcohol. While the statistics behind that are shocking, going unnoticed are the common beverages we consume daily that are actually terrible for us.

According to the FDA, the average American has a daily intake of 82 grams of additional sugars. This equates to 20 teaspoons, which will throw another 317 calories on top of whatever saturated/caloric heavy meals that are already a part of our diet. 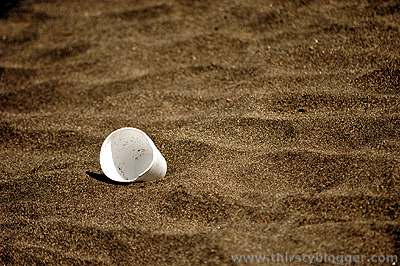 Some of these products are very popular and masquerade as helpful or even healthy, but in fact, they are quite the opposite. These figures and statistics are based on a few articles written on different dietary issues facing America today.

According to an article on Yahoo Health entitled, Belt Busting Beverages – Vitamin Water, which is produced by Glaceau, a subsidiary of the Coca Cola Company, is one of the drinks that’s advertised as a healthy beverage.

In fact the Advertising Standards Authority (ASA), a product watchdog group in the UK, banned Coca Cola from advertising the product as a nutritional option. Coca Cola tried to backpedal and say that the ads were supposed to be irreverent and funny, but this didn’t fly.

The ads were pulled from the market. The ASA pointed out that the drink line in no way could be considered healthy, because each 500ml bottle contained 26% of the recommended daily allowance of sugar and 130 calories.

Arizona Kiwi Strawberry calls itself a juice and has a nominal cost of 99 cents, yet the beverage has only five percent juice. The rest is sugar and water. In every bottle, this juice impostor holds 360 calories and 84 grams of sugar. They’re sold all across the country for cheap prices, and many people think it’s a good way to get some daily nutrients. On the bottle it says, all natural, but it’s just full of empty calories.

Sometimes it’s tough, because we don’t always have an option if we’re at work. Drinks, such as tea and coffee, can be much healthier option, and there are office coffee service that can provide you with different options.

Regardless of where you’re getting your beverages, you should read the nutrition facts on the back of the bottle. Every product has them, and if you’re shocked that you’ve been sucking down so much sugar, you have only yourself to blame for not simply turning the can over and seeing what’s inside.

Don’t rely on misleading advertising, because these beverage companies are betting on one thing, that most people won’t even check.

If you have a healthy diet plan and work out regularly, it’s probably not that big a deal for you to have some of these beverages within a reasonable amount. As Americans, we consume a ridiculous amount of sugar, but in moderation it’s ok.

However, when they’re consumed as a substitute for water it becomes a real problem. If you’re an individual that battles with their weight, dropping the sugar drinks and moving strictly to water will help you drop the weight. It’s amazing how quickly it goes.

This is a guest post submitted by health advocate, William Gavin.