Hidden at the second floor of A. Venue in Makati is a place called Three Sixty Resto Bar. Last night, I had the chance to discover their food, their drinks and the story behind this fun and delicious restaurant.

According to it owner, Bong Velasco, the name of the place was inspired by the food they serve – recipes from around the world which he customized to suit the Filipino taste. It’s a global fusion cuisine – thus 360 degrees. 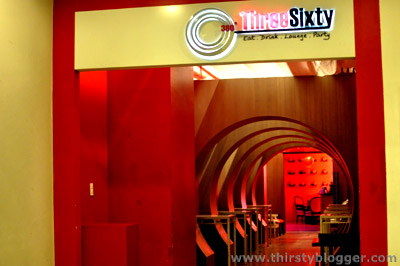 Seated with my dining companions while waiting for our other friends to come, Mr. Velasco urged us to try the 360 Okoy. And I’m glad he did. I really enjoyed having the all-veggie appetizer which you could mistake for a vegetable tempura – indeed very tasty! 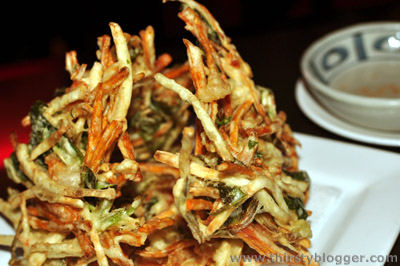 Feeling thirsty after eating the Okoy, I ordered their bottomless iced tea. A friend of mine was feeling a bit adventurous and asked for their lemon-cucumber cooler.

Put lemonade with lots of ice, add some cucumber and blend it – that’s what I think this drink is. Quite unique in taste, a bit tarty but otherwise fun and refreshing.

I don’t want to go through every bit of food we ate that night, but let me tell you my favorite – the Lotus Fried Rice. At P220, it’s good for three hungry people.

We immediately chowed down the food so I only got to take its photo on my plate. 😛

While enjoying our dinner, Mr. Velasco learned that I write this drink blog. Immediately, he insisted that I try their original Pinoy drink – the 360 gulaman. 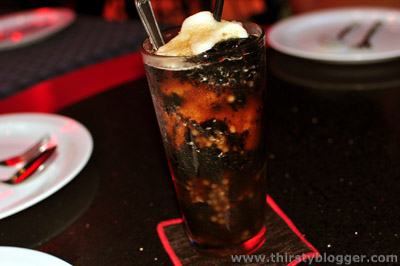 I tried it and it’s as good as it looks. Muscovado sugar was used with it so the sweetness is not overwhelming. If I knew about this awhile ago, I would have ordered it instead of the bottomless iced tea.

After dinner, we were served with dessert crepes, buchi and some hot tea. I took one of their buchi and got a surprise. Look what’s inside the buchi, does it look familiar? 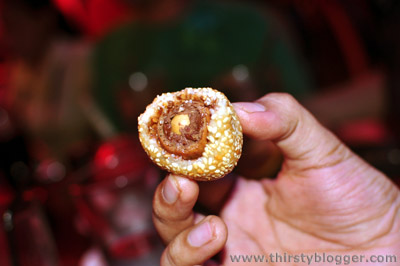 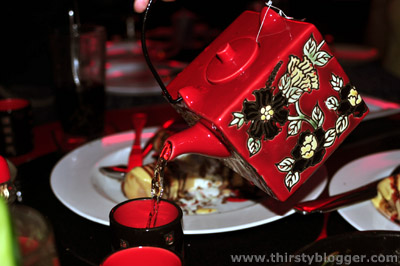 Eat. Drink. Lounge. Party. That’s the slogan of Three Sixty Resto Bar. And I agree – it’s one of the best dining experience I’ve had from recent weeks.

Discover more about the world of Three Sixty Resto Bar by visiting their website here.