For any person who is interested in history there’s many little tidbits of information out there. Stories from companies and various food packaging is as interesting as it is diverse.

But not every beverage has as checkered of a past as the beverage Fanta. If you’ve paid attention to the ads in recent years then you’ve noticed the growing popularity of a particular orange soda called Fanta. 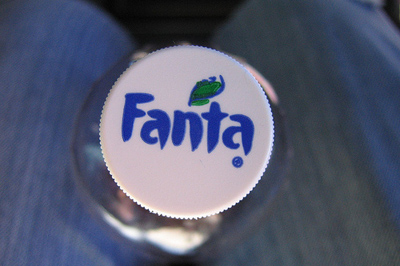 Fanta is a global brand that is owned and distributed by the Coca-Cola Company and there are over 90 flavors across the globe. Many people are operating under the misconception that this is a newer beverage but in fact Fanta has been around for quite some time.

This longstanding beverage has been around since World War II when it was sold primarily in Germany.

Originally, Coca-Cola was one of the most popular drinks in Germany, as it was across the globe, but when during the thirties, Germany was going through a lot of political turmoil and there were many political factions vying for power in the country.

In 1941 the company devised a new drink that would be sold in Europe thus opening up a new market and keeping the German revenue stream coming in. The name Fanta originates from the German word “Fantasie” that means, “to use your imagination”.

When the war broke out, Fanta was still sold but its main ingredients had changed. The only ingredients available in Germany at the time was whey and pomace. These were considered the leftovers of the leftovers.

One of the reasons why the beverage was so successful wasn’t due to its taste but because of its high caloric content and was used as a soup base by soldiers in the field as well as citizens at home. Since there was so little food to go around, Fanta was used to feed a lot of people and keep many German soldiers and citizens from starving to death.

After the war Fanta continued to be sold but the drink made its way around the globe. Since then, advertisers have added a more Caribbean or South American approach and is now, primarily, sold as a orange / citrus carbonated beverage in the United States.

It originated from a plan to market a beverage to the German people under the control of the Third Reich, but you can see how things have changed!

Check out other facts about your favorite beverage. You may be surprised as to exactly what you find out.

This is a guest post submitted by history enthusiast, Gregory Madison.