In most restaurants, you’d immediately know what type of food they serve just from its name or even just by looking from the outside.

But this is not the case for The Frazzled Cook – an interesting foodie destination along Luna Mencias St. in Brgy. Additional Hills, Mandaluyong City. 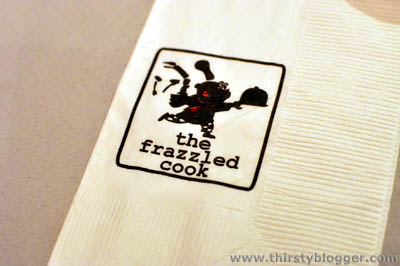 The Frazzled Cook is a merry mix of the old and the new, East and West, traditional and cosmopolitan. The ambiance is quirky, fun but very homey. Indeed, I felt like I was inside my grandmother’s home in the province. 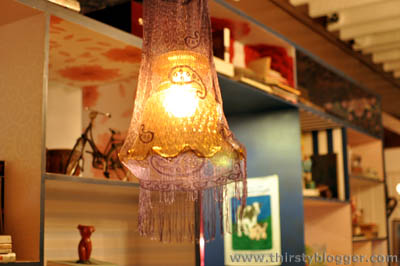 And the decor matches the food, for they serve a wide variety of cuisine – from Spanish to Mediterranean, Italian and even American. 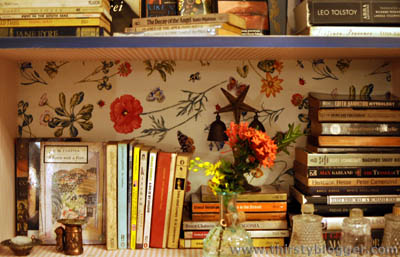 But most interesting to me, as you’d expect, is the homemade iced tea. At first, I tasted the flavor of lychee in it. But some of my companion thought it was peach-flavored with one even saying it was raspberry.

After a while, I don’t know anymore what flavor their homemade iced tea was but it didn’t matter, for it was refreshing and a great partner for the dishes I tried that night. 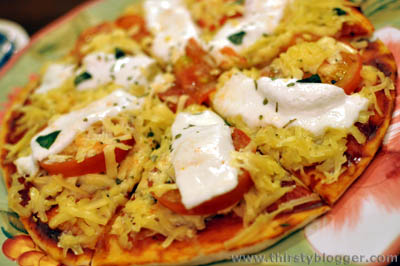 But my favorite would have to be the tenderloin nuggets with mashed potatoes on flat bread as shown below. 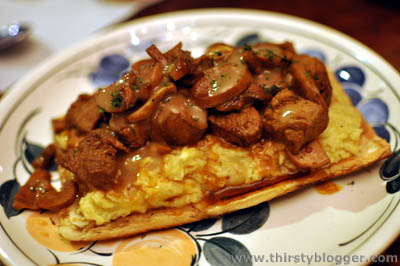 Here are some more photos I took that night. Just click to enlarge.

If you want a more detailed description of the food, you can check out Foodie Manila here.

4 thoughts on “The Frazzled Cook: Homemade Iced Tea and More”