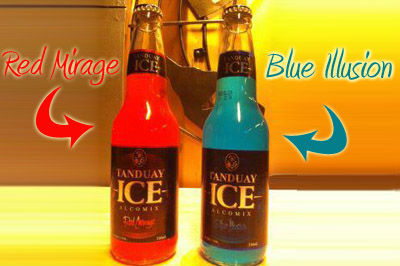 Now, Tanduay Ice Red Mirage and Tanduay Ice Blue Illusion can be bought in several bars in the metro and it will soon be available in groceries, convenience stores and your favorite liquor outlet.

Being a Tanduay Ice fan, I’m excited to get a taste of these two new flavors and will surely blog about it as soon as I tried both of them. Stay tuned!