Last weekend, a friend invited me to attend the Caracol Festival in Makati. I asked what it was about and he said to just go there with him because it will be fun.

Since I really had nothing on my schedule that Sunday, I agreed to go and set out to attend the my first ever Caracol Festival. 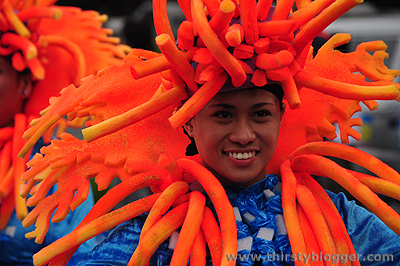 When we got there, I was able to talk to some of the organizers and learned that the Caracol Festival is said to be the Mardi Gras of Makati. It is participated by city officials, residents, teachers and students of the city. 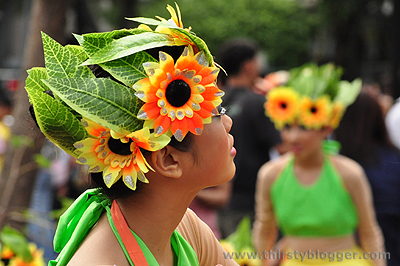 The Caracol Festival usually starts with a grand parade and street dancing which culminates with a dance contest performance. Upon hearing the words “parade” and “street dancing”, I instantly knew this would be fun.

I grabbed a Minute Maid Pulpy Orange in the nearest convenience store and went to Ayala Ave to wait for the parade to start. 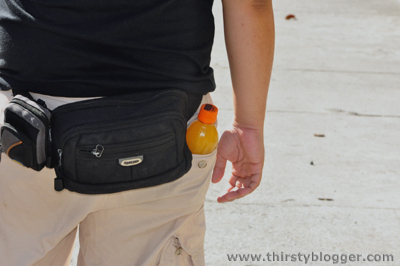 We were there a bit early and so while waiting for the festivities to begin, me and my friend took the time to shoot some of the people there and of course, a mandatory jump shot! 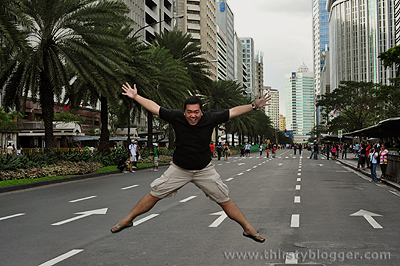 After several minutes, I could already hear the music playing. We took our places and got ready to shoot some photos. 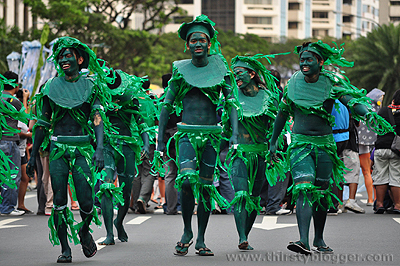 Caracol is a Spanish word for “snail”. And the festival is centered around the preservation of the environment and taking care of Mother Earth.

If you noticed, all the participants are dressed up in various costumes with Mother Nature as their theme – animals, insects, aquatic creatures, plants, trees, birds, flowers and many more. 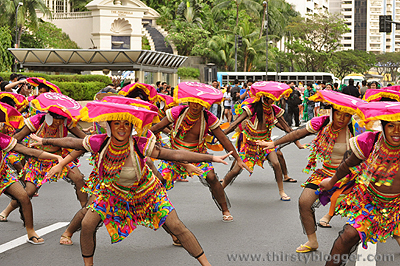 And after spending the whole afternoon on the streets of Makati, taking pictures, talking to people and of course, dancing with the beat of the parade – I’m glad to have something as natural as what Mother Nature can give. 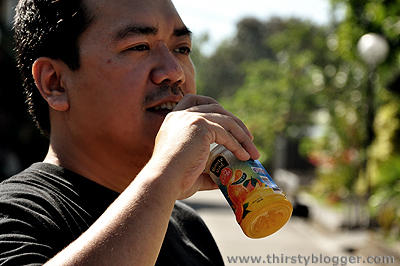