It’s been a really hectic couple of weeks but I’m glad that I finally have time to blog again here.

Let’s start things off by sharing with you something about RC Cola. 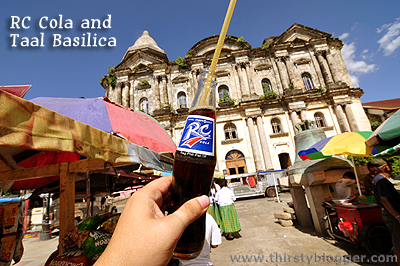 RC Cola stands for Royal Crown Cola and it is a soft drink that started way, way back in 1905. It was originally developed by Claude A. Hatcher, a pharmacist in Columbus, Georgia, United States.

You should know that Coca-Cola was introduced in 1886 and Pepsi-Cola, in 1903. Which makes RC Cola, one of the oldest cola brands in the world.

In the Philippines, RC Cola is being manufactured and distributed by Asiawide Refreshments Corporation since 2002.