The first time I went to Republiq in Resorts World Manila more than a year ago, the area barely had any establishments. But visit the place now and you’ll see it’s teeming with great food finds.

One of the restaurants who first saw the potential of the place is Euro-Japanese restaurant, Mr. Kurosawa. And last weekend, I had the chance to finally try their food, and get a peek at their new offerings. 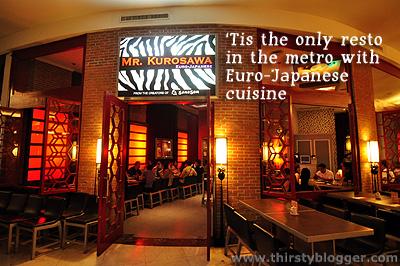 Me and my blogger friends enjoyed tasting their new dishes – namely the Fish Katsu, the Shrimp Katsu, the Ebi Katsu, the “Last Samurai” Chicken Wings and my favorite for the night, the Tonkatsu Torikatsu.

Aside from these, they’ve also decided to get into the milk tea craze that’s sweeping the metro by offering their very own milk tea menu. 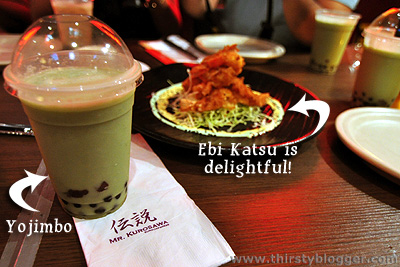 They have Yojimbo, which is Matcha Milk Tea; the Sakura, which is Strawberry Yakult Milk Tea; and San Juru, which is basically Wintermelon Milk Tea. 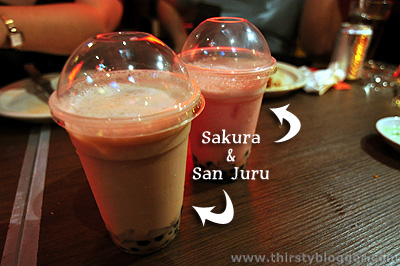 I liked Yojimbo the most out of the three because it was light and refreshing. Moreover, it’s taste went really well with all the katsu that was served to us.

Mr. Kurosawa Euro-Japanese is located at the 2nd Floor, Newport Mall in Resorts World Manila, Pasay City. They also have a branch at the Ground Floor of Eastwood Mall in Libis, Quezon City.