Last week, I was privileged to sample a few of the new dishes that Nama Sakana Sushi Japanese Restaurant is serving its customers.

It was a great night of food and drinks with fellow bloggers. And it was my first time to eat sushi and sashimi with mojito – yup, it was a Japanese-Cuban flavor fusion which actually went very well. 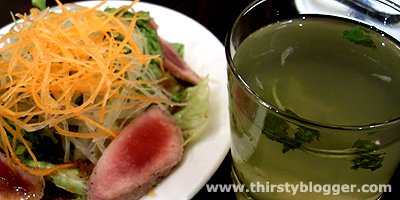 A mojito is a white rum or vodka based drink originally from Cuba. It’s sweet, minty and “citrusy”; and a good alternative for the Japanese sake as I discovered that night.

Anyway, beside the mojito in the picture above is Nama Sakana Sushi’s Green Salad with Seared Tuna and Vinegrette which was simply yummy. But the best food I had that night is hands down the New Style Salmon Sashimi as shown below. 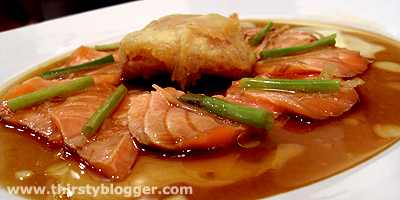 There were quite a few more fine dishes that we were able to try like the Black Cod with Sweet Miso (fish), Beef Tobanyaki, Uni Maki (that’s sea urchin) and the very decadent Deep-dish Chocolate Cookie (shown below). 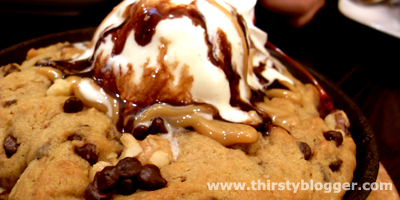 I’d like to thank Jane, Chris, Fran and Paul for being such wonderful people to dine with. And also, thanks to Nama Sakana Sushi Japanese Restaurant for the invitation. 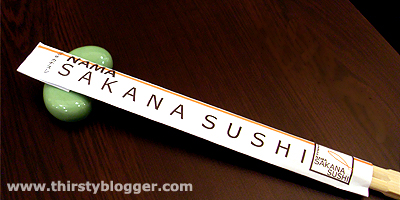