Olango is a group of islands under the jurisdiction of the City of Lapu-Lapu in Cebu. It’s a major tourist destination and best known for its wildlife sanctuary.

One of the things you can do when you visit the island is to go biking and tour the barangays, while appreciating the beauty of nature around.

One particular barangay stop where I truly enjoyed was Barangay Sabang, who served us their famous “Lamaw”. 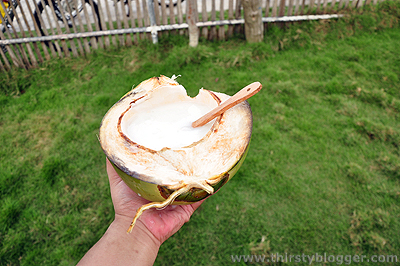 Locals often invite friends by saying “Maglamaw ‘ta” if they want to spend time together talking and drinking buko juice.

All of us appreciated the hospitable people of Barangay Sabang for preparing this “Lamawan” for us. 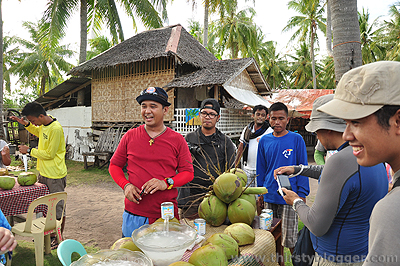 The “dessert drink” is quite good and refreshing. I was actually surprised that I enjoyed it because they didn’t add ice nor had the juice chilled first.

They simply poured the buko juice straight from the coconut, added condensed milk, and served it; and the photo below proves that everyone really enjoyed our “lamawan”.

So the next time you’re in Olango. Don’t just go bird watching at the wildlife sanctuary. Bike around and stop over at Barangay Sabang for some refreshing break. 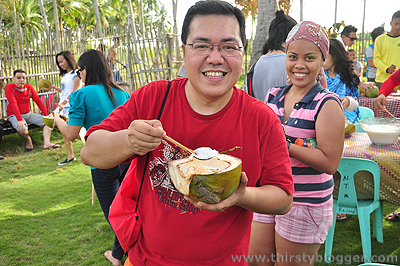