A few weeks ago, a friend mentioned to me that Starbucks was coming out with their own milk tea beverages. Given the rise of milk tea places in the metro, the rumor could be possible. 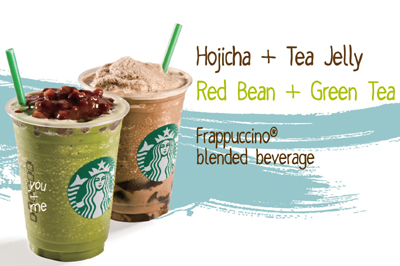 But then, I saw the poster in Starbucks and immediately concluded that their new drinks is not milk tea but rather, new tea-based frappuccino variants.

The drinks are rather self-explanatory, but just in case you’re wondering what is Hojicha – it’s “roasted” Japanese green tea.

These new frappuccino drinks actually look interesting, but I think I won’t be buying them until I get comments from friends who’ve already tried it… or if I get the chance to taste test them, which Starbucks baristas often do anyway.