Hard water is water that has high mineral content. Hard water is formed when water percolates through deposits of limestone and chalk which are largely made up of calcium and magnesium carbonates.

It is not always essential to remove hardness from water since it is not going to create any health related issues.The advantage of hardness actually appears in the form of decrease in quantity of soap consumption, lower maintenance cost in plumbing system and improved taste.

As a rule, permissible range of hardness in public water supply generally ranges between 75 to 115 mg/l. 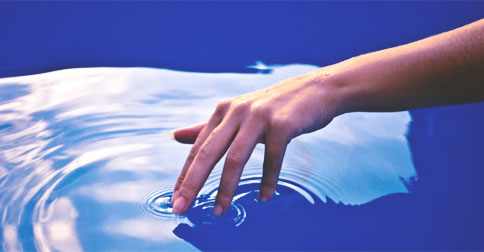 Now, there are two types of hardness:

1. Temporary or Carbonate Hardness
Hardness caused by the carbonates and bi-carbonates of calcium and magnesium. This can be removed either by BOILING or ADDING LIME.

2. Permanent Hardness or Non-carbonate Hardness
Hardness caused by sulphates, nitrates and chlorides of calcium and magnesium ions. These can be removed by lime soda process, base-exchange process, and demineralisation process.

Therefor at home, BOILING and LIME ADDITION can be followed as a cheap and easy way.