During that same night when I had a hearty meal at Little Asia Restaurant in the Venice Piazza Mall at McKinley Hill, I discovered a quaint dessert place right around the corner called Sol Gelato.

And I was delighted to see that in their menu includes one of the most popular beverage dessert in Italy – the affogato.

Affogato is the Italian word for “drowned” and it is a coffee-based beverage and dessert.

You make an affogato by simply pouring a shot of hot espresso over gelato or ice cream. Some variants would also include a shot of Amaretto. 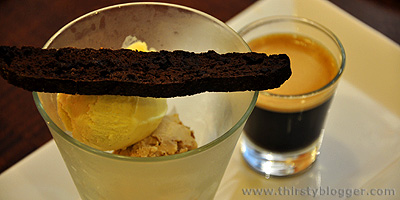 The bitterness of the espresso is easily taken by the sweetness of the gelato and a sip from it will give you a smoothness that goes down on your palate. It’s really an interesting drinking experience if ever you’re craving for something different with your caffeine. 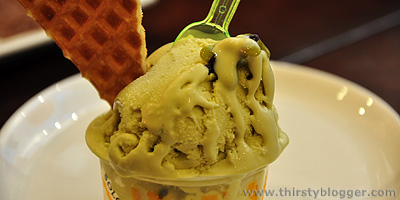 But Sol Gelato is really about their “ice cream”. I had quotes on that because there is a difference between a gelato and ice cream. 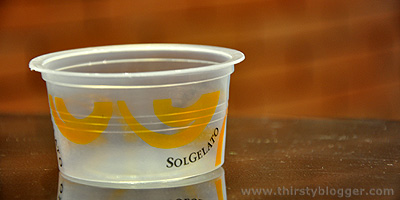 Gelato is made more with whole milk while ice cream is made up of more cream (duh!).

But one big difference between the two is that gelato has significantly less fat content than ice cream – which makes it a weight watcher’s better alternative. 😀