Have you ever wondered what causes beer belly? Or have you just accepted what most people say that it’s caused by drinking too much beer? I did a little research and here’s what I found out. 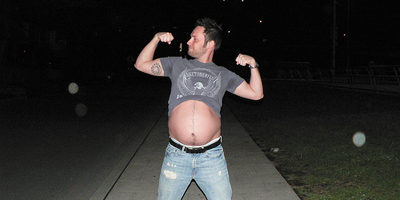 It’s actually net energy imbalance. This means that you’re consuming more calories than you can use. In simple terms, you’re eating (and drinking) too much.

However, genes and the environment also plays a role in obesity. But most of the time, it’s the sedentary lifestyle and unhealthy eating habits that’s the main cause.

So drinking too much beer does cause beer belly?

I guess that’s good news for all beer drinkers out there.

But as always, moderation is the key. Remember, there is a strong correlation between obesity and cardiovascular disease.

So if ever you find yourself drinking too much beer (and eating too much pulutan), make sure you’ll hit the gym the next day and burn all those excess calories. 😀

5 thoughts on “Beer Belly: Is It Really Caused By Drinking Too Much Beer?”